In the beginning, I referred to Havah’s trilogy as “The Menorah Saga.” Although the series has gone through numerous revisions over the past twelve years, one thing has remained a constant–Rabbi Yussel’s menorah. Although, it’s an inanimate object this holiday candelabra holds a very special place in the Gitterman family in all three of the novels.

Crafted to look like a tree in the wind, the main stem curved with nine branches arcing in opposite directions. The candle cups sat upon them like majestic crowns. Between seven of the branches and the trunk an opening hosted a pair of doves, positioned breast to breast, and perched on a flower covered vine, spreading their graceful wings. The vine twined around the trunk, ending at the wide base.

Proud of its history, on most occasions Arel was usually more than willing to recount the story. Tonight his tongue turned to dust. “My grandfather…of blessed memory…was a rabbi as was his father before him.”

“Mine, too.” Havah leaned forward, elbows on the table, and propped her head on her hands.

Did Adam feel this way in the Garden of Eden when he brought the succulent fruit to his hungry lips?

Arel found his voice again, though not without a struggle. “Zaydeh…Papa’s father…an artist. After my grandmother died he made this menorah in her memory. She was very young”

“Christian poison! Tell her Arel.” Yussel’s bony hands curled into fists. “A pogrom. In the street like an animal. Fifty-three years ago. Like yesterday I remember.”

“Five years old. Her Yosi, her heart, she called me.”

Tears quivered in Havah’s eyes. “You can tell how much he loved her by the verse he chose to engrave on the menorah, ‘Behold, you are lovely. Your eyes are like doves.’ It’s from Song of Songs.”

~~From PLEASE SAY KADDISH FOR ME

To evade his pleading gaze, she studied the menorah that sat like royalty on decorated oilcloth in the middle of her oak dining table.

Nine candle flames reflected in the silver stems of the candelabra that had survived three generations of Gittermans and a journey across the sea. It had been crafted to resemble a tree with nine branches swaying in the wind. A flowered vine twined around the trunk which was etched with the Hebrew words for “Behold your eyes are like doves.” Just above the trunk, snuggled together like lovers, were two doves.

At their first meeting—Sabbath dinner with her adoptive family—Arel told her how his grandfather had crafted it in memory of his slain wife when Yussel was only five. While the story fascinated Havah, it was Yussel’s son who fascinated her more. As he recounted the history, his luminescent gray eyes gleamed with enthusiasm and intelligence. Her grief fresh and wounds painful, she found solace in the rise, fall and lilt of his resonant voice.

~~From FROM SILT AND ASHES

Havah stood on tiptoe to put the menorah away. The unique candelabra still fascinated her even as it had the first time she saw it, the night she met Arel.

Feeling Arel’s hot breath on her neck, she shivered and set the menorah back on the table. He slipped his arms around her waist. She turned in his embrace. “Remember, Arel? It was love at first sight.”

“I wasn’t such a hideous sight back then.”

“Miss Tova says Bayla has the prettiest Papa in town.”

“Havah, do you have any idea how ridiculous you sound?”

As he opened his mouth to reply, Lev rushed into the dining room with an armload of books.

Arel dropped his arms to his sides. “Where have you been?”

“I went to Vasily’s to study.” Lev set his books on the table. “He’s a year ahead of me so he gave me his old textbooks.”

“Have you had supper?” asked Havah. “How was school?”

“School was great and Oxana invited me to eat with them.”

“Oh dear, you must be starved.”

“Vasily is younger than you.” Arel thumbed through a book. “Shouldn’t you be ahead of him?”

“And you’re proud of this?”

Lev crimped his lips together.

Havah’s stomach kinked into a knot. “Arel, listen to him for once.”

“Damn you, Uncle Arel!” Lev seized the book. “Nothing I do pleases you.”

In one heart-stopping motion Arel slapped Lev, hitting the menorah. It toppled to the floor and broke in two at Havah’s feet. The ground listed beneath her. The color drained from Arel’s face. Lev held his book to his chest, Arel’s handprint bright on his cheek.

Yussel dropped to his knees and searched for the menorah with trembling hands until he found it. His shoulders sagged as he pressed the two pieces against his heart. Sitting on the floor, he rocked to and fro. Tears soaked his beard as he chanted, “‘Gahm kee elekh b’gay tzalmavet…yea though I walk through the valley of the shadow of death…’”

“It’s only one branch, Papa.” Havah knelt beside him. “Surely it can be fixed.”

“Once a limb is severed can the tree be made whole again?”

~~From AS ONE MUST, ONE CAN 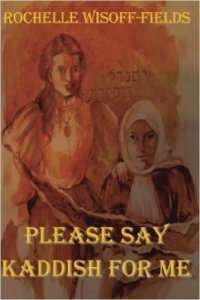 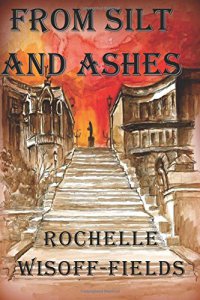 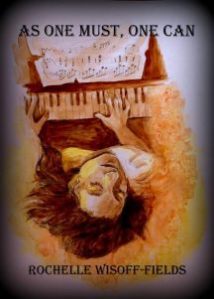 The Trilogy is Complete! All books available in print, Kindle and Nook. Look for them at Amazon.com,  Barnesandnoble.com or Argusbooks.com