How does one make a story stand alone? This is the question I’ve had to ask myself in writing a sequel to my first novel, PLEASE SAY KADDISH FOR ME.

While I’m intimate with my characters, having spent the better part of the last nine years developing their personalities and learning their responses to situations, they won’t be familiar to someone reading only the second novel, FROM SILT AND ASHES, unless I reintroduce them. At the same time it would be tedious, particularly for someone following the series, to regurgitate parts of the first novel. There’s my dilemma. How do I introduce Havah, Arel, Ulrich and Nikolai for the second go-around without boring repetition?

A few years back as I began the sequel, I thought about doing what another writer did with his sequel, which was to give a timeline in the beginning of the book chronicling what happened in his first novel. Now, however, I find the idea cheesy and unimaginative, among other uncomplimentary adjectives.

Of course I can’t tell Havah’s story of her life in America, without recalling some of her past in Eastern Europe from the first novel, which culminated with her near-death in the Kishinev pogrom in 1903. The same goes for her husband, Arel, and other key people in her life. So the task set before me is to retell parts of the first novel in a fresh way and to discover new stories and people along the way, then to move forward with a different plot. 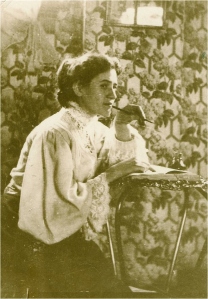 Does the sequel tell a fresh new story?

If not, it is simply a fragment in space that has to be linked to the former to understand the present.

DOES IT STAND ALONE?

30 comments on “The Cheese Stands Alone”